Brief but fascinating route that explores a stretch of the Nestore stream between the villages of Castiglione della Valle and Mercatello, in the township of Marsciano. Starting from Mercatello, start pedalling towards Cibottola until you reach the beginning of a steep climb, from where the tarmac is left behind in favour of a good bridle path that leads almost under S. Apollinare, visible on the opposite hill beyond the Nestore stream. Just a short distance before crossing the bridge, turn left and ride over field tracks that run alongside the stream through a charming part of farmland until you approach Castiglione della Valle. Once over the Nestore, temporarily take the provincial road for Spina and shortly afterwards to the right a natural-bed track that goes straight towards the village of Pieve Caina.

After crossing the bridge over the Caina and having arrived in the small village, keep right until you join a track that dives back into the forest towards Podere Monticchio. From here to below S. Apollinare you will be pedalling along an easy unsurfaced road between cultivated fields (often with tobacco crops) and a forest of centuries-old oaks. Proceed straight on until you reach the locality called Osteria and then the starting point in Mercatello. 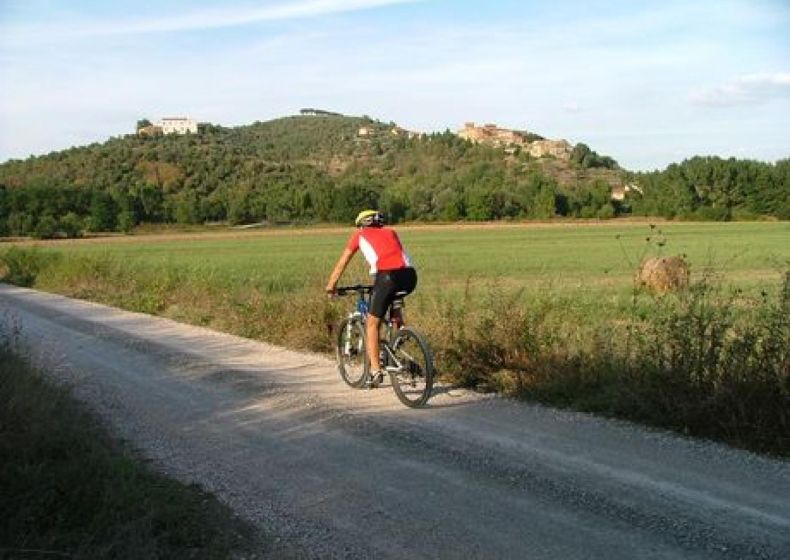 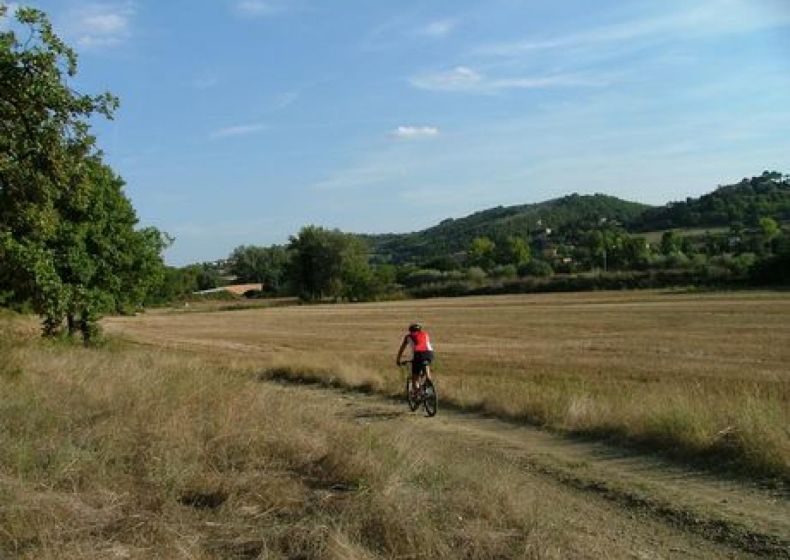