This is certainly one of the loveliest and most satisfying of the proposed routes, above all because of the nature of the places it passes through, so unspoilt and wild they will surprise even the most demanding bikers.

The starting-point is at Mercatello, a village along the old Via Orvietana where a market used to be held, as is still evident from its structure and its name, opposite the ancient hostel called “loggiato dei Vibi”, a stopping-place for the travellers, especially pilgrims, who used to pass this way. From there you start climbing immediately, passing first by Monte Vibiano Vecchio and then by Monte Vibiano Nuovo, recognisable on the hill opposite you by the distinctive shape of its Castle looming

up from the intense green of the woods. A long avenue flanked by cypresses and pines, with some bends towards the end, will take you to The easy tarmac road up to Monte Vibiano Nuovo the small hamlet which, as we said, features the fortress-like bulk of Palazzo Fasola Bologna, dating back to the 13th century.

Go down the Strada Comunale di Fiommarino road, passing under the old round-arched gateway, then up the main road that goes to Monte Lagello, flanked by evergreen woods of ilex and arbutus. A complex but very satisfying route brings you to the village of Migliano that you can visit, njoying the beautiful views onto the nearby Fersinone valley or the wide panoramic views of half of Umbria. Then descend along a rather demanding track to the Fersinone and ford it. Follow the path that leads to the locality of Rota Prona and the remains of an ancient mill. Climb back up to the tarmacked road which, on the left, climbs to San Vito Castello, and then take the wide bridle path that goes down towards Pian Salto. Descend once again to the Fersinone through shady Turkey-oak woods abounding in mushrooms. This is where the most demanding part of the itinerary starts,

with various climbs and descents that are often steep and that in the end lead to the hamlets of Casaglia and Villa Fibbino, an old manorhouse which has been completely restructured and is now an agritourism (farm-inn). Follow the ridge up to the top of Monte Vergnano (610 m – km 32.60) surrounded by fir woods to the left and by green pastures to the right. Pass through Cibottola and then down a nice tarmacked descent that pleasantly takes you back to the starting point in Mercatello. 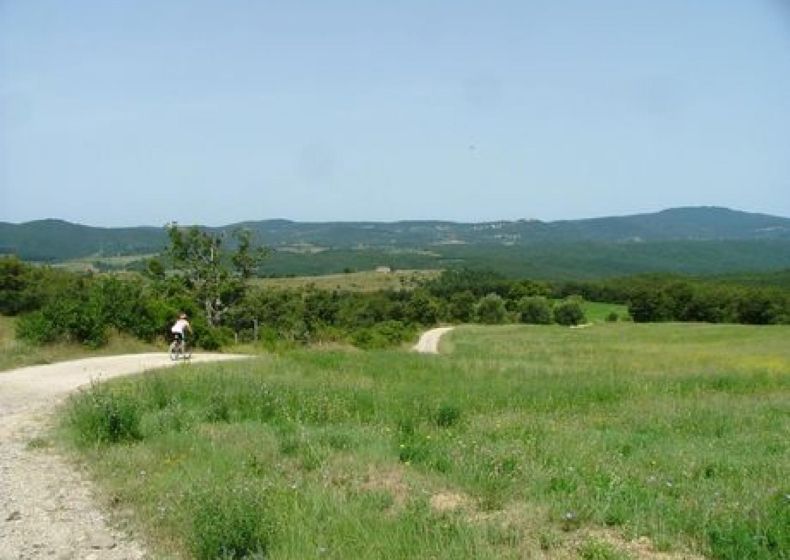 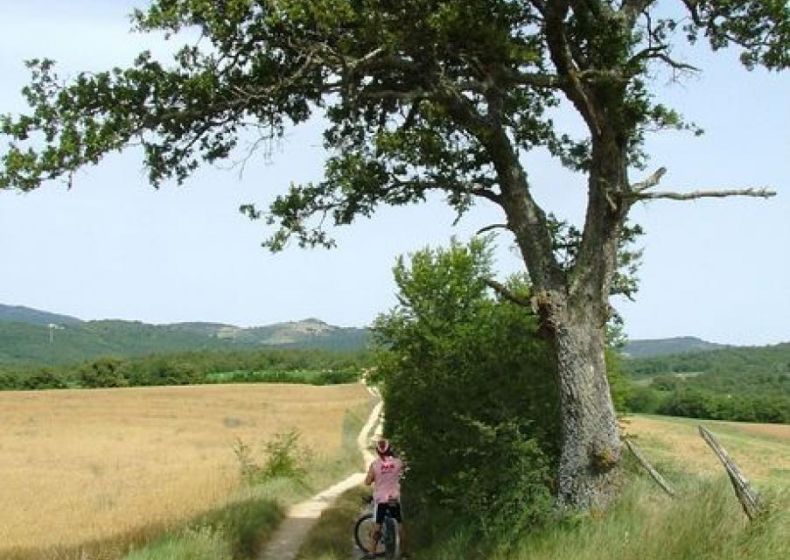