We set out from the historic district of Città della Pieve and after a walk through its streets, we descend along a narrow road that, just outside the city walls, follows Fosso San Selvatico, with its precipices and views of the town.

We go through lovely terraces with olive groves. Notably, the entire slope of Città della Pieve facing Monte Cetona and Monte Amiata has been deeply furrowed by run-off from the gullies. We descend between Fosso San Selvatico and Fosso Molinella, amidst olive groves and, in spring, marvellous blossoming Spanish broom and rockroses. Following the signs and enjoying the view of the towns of Sarteano, Cianciano and Montepulciano in Tuscany, we go from low scrub to an area that is more and more heavily wooded and moist, approaching La Molinella.

We cross the gully amidst typical and lush riparian vegetation, including chestnut trees. We then come to the confluence of the Molinella and the San Selvatico, set in woods with willows, poplars, hornbeams, turkey oaks and butcher’s broom on the slopes. The walk along the valley floor, at the bottom of Cita della Pieve Descending towards Fosso della Molinella the hills, is especially delightful.

We come to a broad level area and continue along the right, taking the farm routes until we come to the unpaved road that leads back up to Città della Pieve. As we walk through vineyards and fields, we can see a number of beautiful farmhouses.

We start to climb - and the road gets quite steep here - as we go through olive groves and mixed woods, with a prevalence of holm oaks. We skirt the deep crevice of the gully until we come to a point where we can cross over to the other side. Passing by enormous oaks, we come to the first houses of the Barricate district and thus back to Città della Pieve. 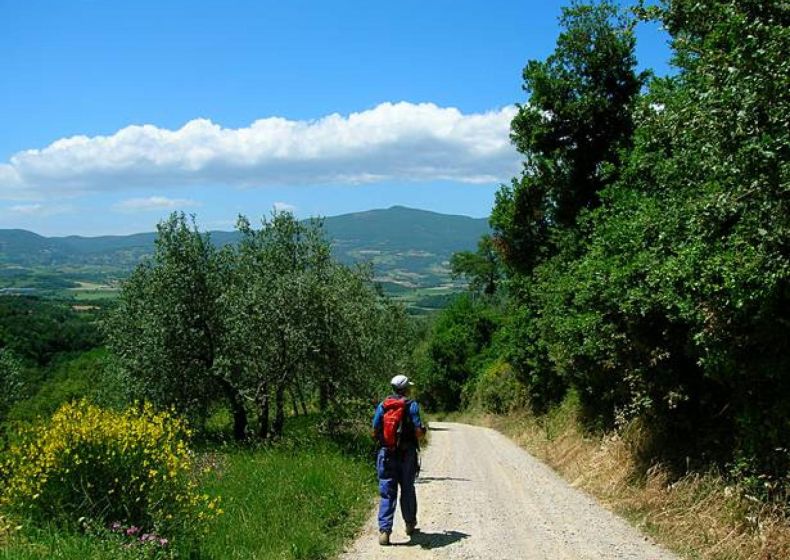 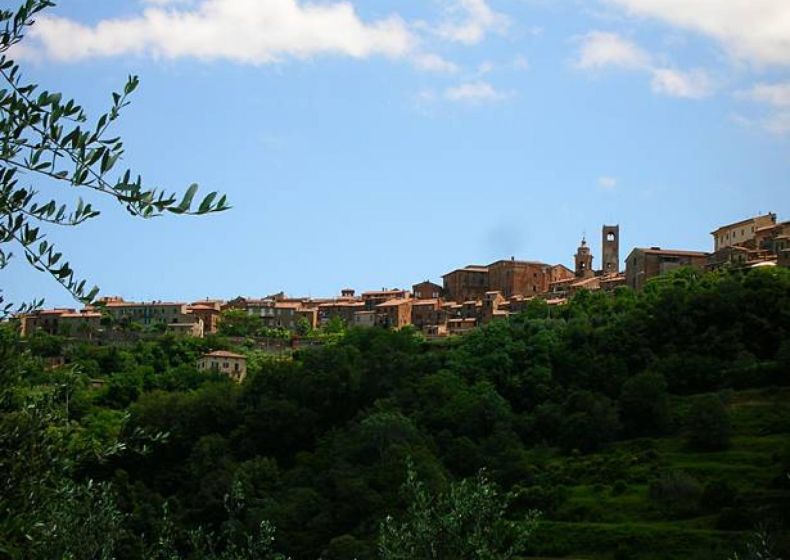