The track is uneven and rather stony in places, but at Villa Fagioli the track turns into tarmac again, although it has all the other features of a narrow mountain road. At the junction with the road from the village of Pietramelina head straight on towards the landfill serving the city of Perugia. In front of the landfill gate you’ll see that the only way forward is via the bridle path that skirts the landfill fence, which shortly bends to the left towards Il Palazzone.

The initial stretch is almost flat, followed by a descent along the ridge above the Fosso di Pietramelina brook. The surface here is very uneven and pot-holed and can put a lot of strain on your biking skills, but it’s still great fun, especially if you enjoy a demanding downhill ride. At the end of the descent turn left heading down the short straight stretch leading to the Tiberina primary road, near the junction with the large pine tree you left behind you at the start of the route. 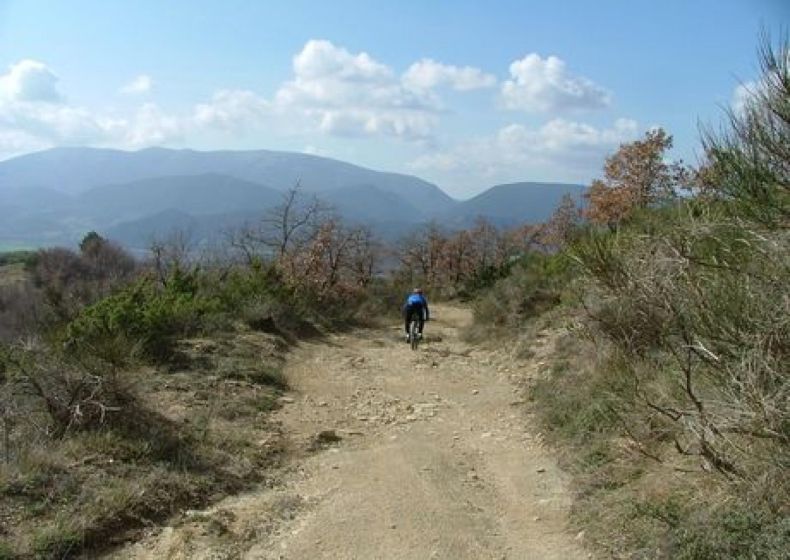