The start of the route is at Resina, from where you take on the right for Valcaprara and then climb for 10 km on a very scenic road to Castiglione Aldobrando, which is rideable and only demanding in a few stretches, featuring an ascent of 600 metres. When in view of the Castle of Castiglione, which appears on the horizon after the first truly hilly section, there’s a shallow dip before crossing a broad grassy saddle covered with green pastures. The following uphill stretch, to Lo Spaccio, is rather tough and demanding, but short, and it’s one of the last climbs on the route because, only a short distance further on, you reach the highest point; from this point on there are only short climbs with shallow ascents.

At the top of the uphill stretch leave the main road and turn sharp right onto another bridle path that leads to a crossroads, where you head on towards Mt. Urbino-Gubbio, up a short steep climb that ends in front of a newly built house. Continue along the track to a ridge where it all but disappears from view. Looking to the south-east you can see a saddle in the foreground with obvious clay formations affected by “calanchi” erosion and, further in the distance, a wooded ridge where the route continues; to get there follow the barely visible wheel marks made in the field by tractors and all-purpose vehicles.

After several fences you arrive at a junction, where you take the downhill road to Valmarcola, the next destination. From there other roads lead to the junction with the surfaced road to S. Cristina – Morleschio and a short stretch on tarmac and a very scenic bridle path descending to the valley of the Ventia stream. Cross the torrent and proceed along the unsurfaced track to the Abbey of Montelabate. Further on take the Via dei Cocci through huge olive groves, then the primary road to the starting point. 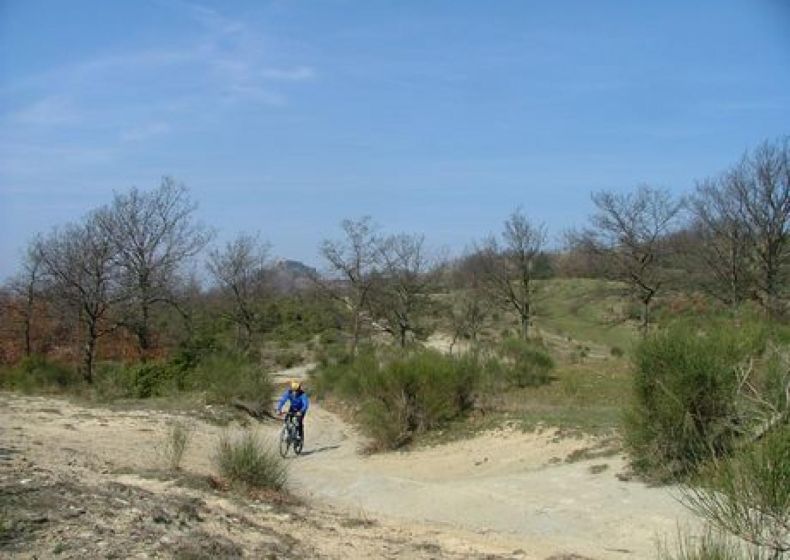 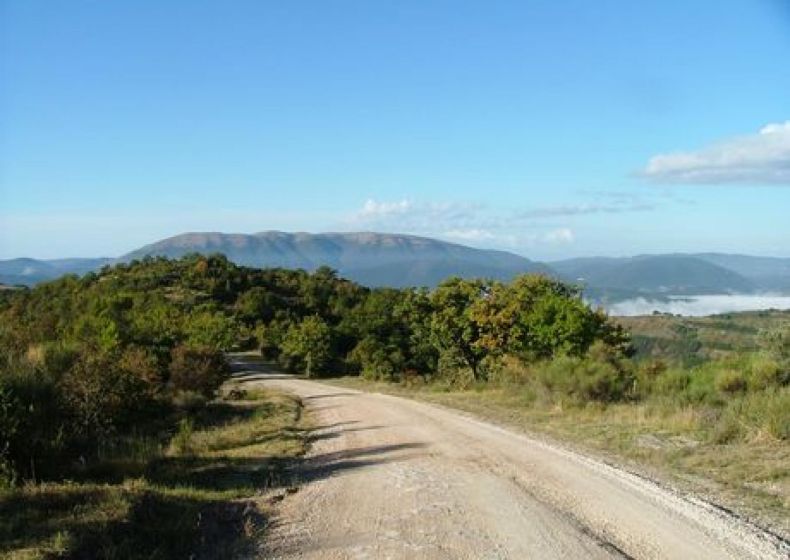