Start at the lower part of Magione, at the junction for Castel Rigone, and take first the tarmac and then the long straight unsurfaced road that runs through La Goga and the valley of the Formanuova stream. From the valley floor you then climb uphill towards Caligiana, on a surface that is rather stony at times but rideable, except for several short stretches, where you may have to walk. Carefully measuring your strength, you arrive at the recently restored hamlet of Caligiana, beyond which you take the unsurfaced byroad of Borgogiglione, at a small roadside shrine with two pyramid-shaped cypress trees. Climb on the left along the ridge connecting Col di Maggio and Poggio Mortorio, eventually coming to the surfaced Mantignana-Castel Rigone road.

The next 5 km uphill stretch is not too demanding and allows you to admire the surrounding landscape, which features, in the foreground, the massif of Mt. Tezio to the east, the oak forests of Mt. Malbe and Trinità to the south, and Lake Trasimeno to the west. From here take the road to Preggio-Umbertide to cross Colle Campana. Past the hilly section you leave the tarmac for the bridle path to Pugnanella. From here there begins a descent, which is quite steep at points, but with a recently repaired and compact surface, running through huge oak forests, for as far as the eye can see. Being careful not to take a wrong turning, you come to the Pianetello stream. The following stretch is very enjoyable, because it entails crossing a succession of five fords, through the clear cool waters of the streams running down from the surrounding hills, in the middle of the woods. Outside this area, cross the Colorso stream and ride along its bank, for a stretch, surrounded by thick vegetation.

You eventually come to the road for Lisciano Niccone and from here to Passignano. Descend to Pian di Marte and then proceed, without interruptions, towards Trecine, climbing along the beautiful and quiet tarmac road through meadows, pastures and deciduous tree woods. At the pass, turn right where the descent starts towards Lake Trasimeno. After a while you come to an unsurfaced road on the left which, following the signs, leads back to Magione by the cemetery. 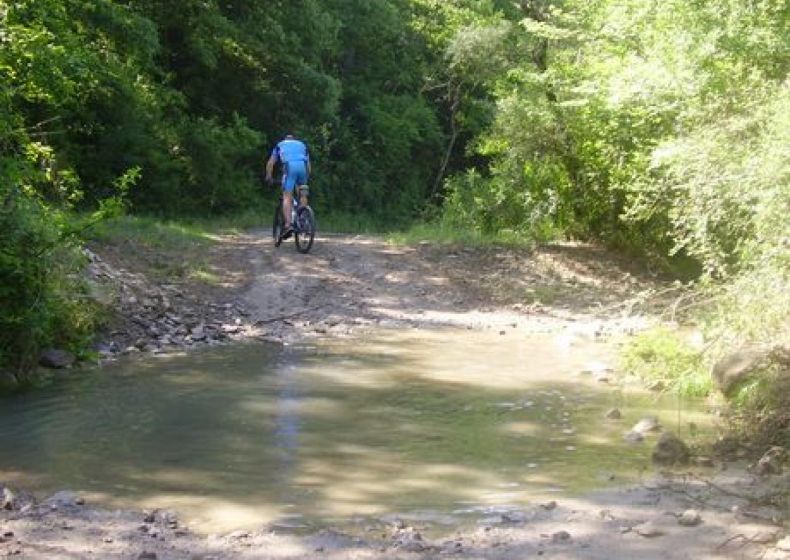 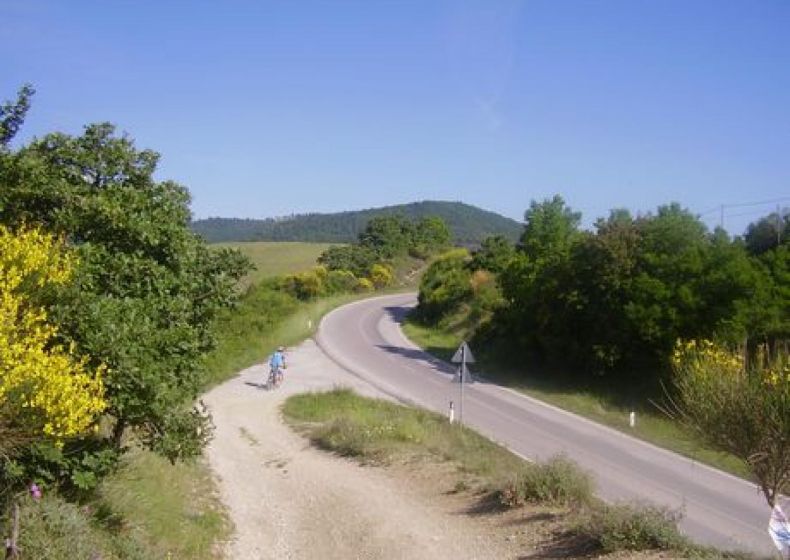