Monte Tezio has always represented an important natural leisure area for Perugia; a destination for easy walks or more demanding hikes, for asparagus or mushroom picking, for having a picnic and many other outdoor pursuits. This route begins at Colle Umberto, at the foot of this mountain massif.

Head towards Perugia and turn at the Forcella byroad, where, on the hilltop opposite, set amidst tall trees and greenery, appears the unmistakeable shape of the Castle of Oscano. Climb up into the valley of the Oscano brook to Val Serena, from where you head towards the Parco di Monte Tezio nature reserve. Past the hilly section and a grassy plateau, turn right on the short steep stretch of tarmac leading to the entrance to the park and enter at the gate on a steep unsurfaced road, in the shade of the wood. Ignore the forest trail on the left, which leads up to the mountain pastures, and proceed straight ahead passing a wildlife sanctuary, which hosts a she-wolf who looks rather sad, possibly due to years of “forced” detention in the enclosure. Climb up to the Belvedere, a natural viewing point over the surrounding countryside of great scenic beauty. From here, through the wood, you come to the Podere Romitorio, an ancient Benedictine hermitage founded in the 13th century, which has been restored and is now an appurtenance of the agritourism farm.

Cross the plateau, keeping to the left, and dip along a steep uneven stretch towards the road to Migiana di Monte Tezio, cross the village and then proceed along the road that crosses the shrubby area on the eastern slope of the mountain and eventually leads to a vantage point where views of the Castle of Antognolla can be seen (the heart of the castle is a building with a polygonal ground plan, which was extended over the centuries around the original bastion, a Benedictine site probably dating back to the 11th century). At the junction with the tarmac road from Pierantonio, proceed on a shallow climb towards San Giovanni del Pantano, turn left again at the junction and climb up towards Pieve Petroia on the main road, which at first is tarmac, then turns into a bridleway track and then tarmac again towards the end. Cross the small hamlet, inhabited by members of the same family, and head down to the village of Maestrello, where, turning left it’s not far back to the start point, Colle Umberto. 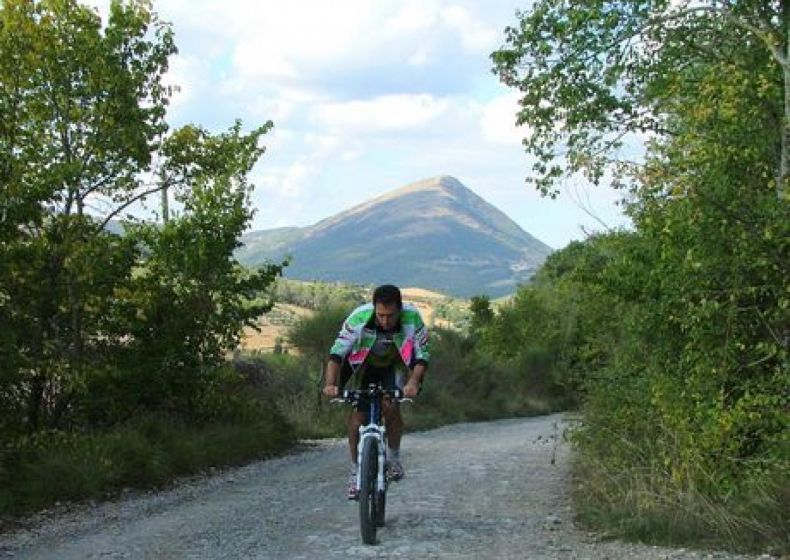 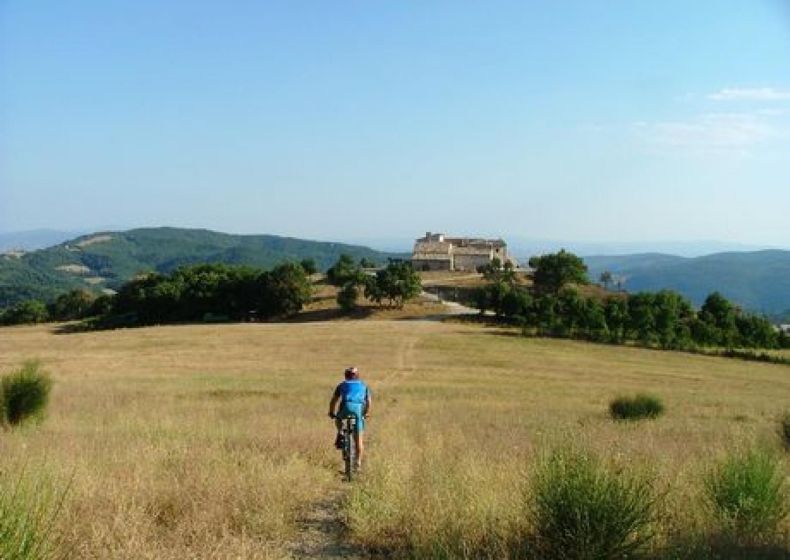