This route meanders between the river Tiber and the eastern slope of Mt. Tezio. The start point is at Ponte Pattoli, from where you head uphill towards Migiana, after an initial stretch on flat ground. Cross San Lorenzo di Monte Nero and a shady wood of white beech, oak and chestnut trees to the junction and then the village of Migiana, along a scenic road with views over the Tiber valley and the Umbro-Marchigiano Apennine range. Above the village, clinging onto the slope of Mount Tezio, you can’t miss the silhouette of the Castle of Procopio, or Procoio, unfortunately now a ruin. Continue on the forest trail that leads to the Castle of Antognolla and turn right, at a certain point, until you come in view of the historic Palazzo Guglielmi di Murlo, built around a square keep, which probably dates back to the 11th or 12th century.

The other buildings around the tower and the defence walls were erected between the 14th and 16th centuries.
Skirt the farm property, descending along the scenic bridleway track through the holm oak woods and arbutus shrubs that cover the southern slopes of Monte Elceto di Murlo. The descent leads to La Bruna, from where you ride parallel to the Tiber river, keeping first on the right, then the left, and back to the starting point. 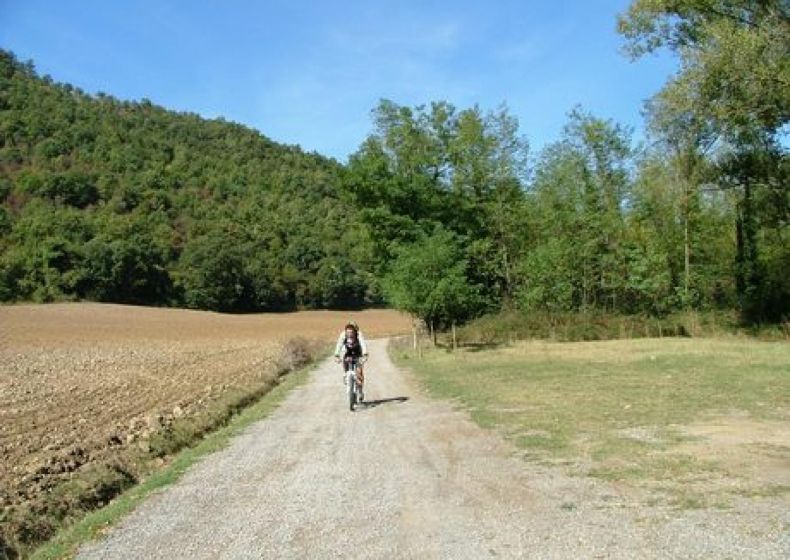 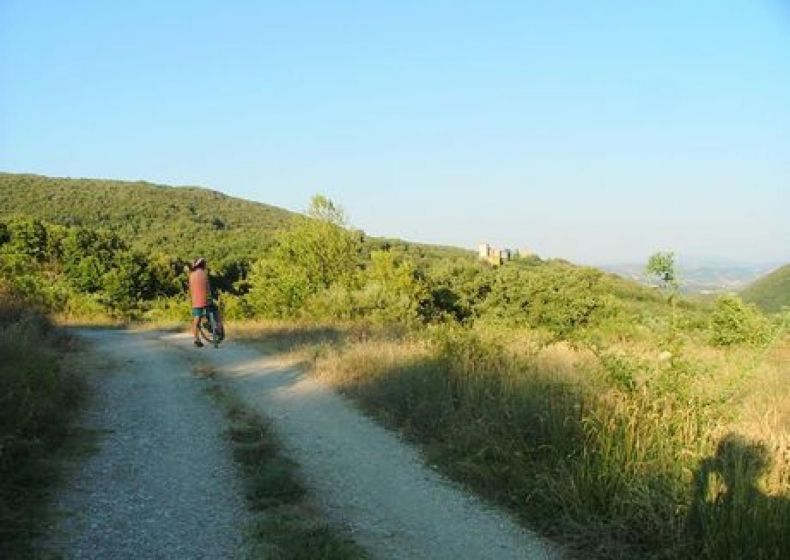