The Trasimeno region exudes warmth and welcome, it is where over the centuries key historical figures have left indelible marks exalting the love, peace and spirituality it exudes.  It all began, legend has it, with Prince Trasimeno, the son of King Tirreno, who was desperately in love with the water nymph Agilla, who lived in the lake.  When they crowned their love, Prince Trasimeno did not hesitate to throw himself in the water to be with her for eternity.  Still today, on certain evenings, you can hear the soft laments of Agilla searching for her lover and, the old fishermen tell us, now and again a strange wave rises in the centre of the lake, exactly where Agilla still awaits her prince.

Another romantic, and equally tragic love story really did take place here, that between the poet Vittoria Aganoor and local politician Guido Pompilj. Vittoria moved to Monte del Lago to be with her lover and, in her verses, spoke of the beauty of the lake and its breathtaking sunsets.  Theirs was a passionate love, but Vittoria became ill and died. He organised her funeral with great care and then took his own life, asking to buried by her side.

Along with being the backdrop for great love affairs, this region is also a land of saints and spirituality. The Trasimeno region is a sort of ideal crossroads connecting the many places of Saint Francis. Starting from Assisi (the Basilica, San Damiano, the hermitage and St Claire’s), then Santa Maria degli Angeli (and the tiny Porziuncola) and Rivotorto (Sanctuary), the great saint travelled northwards to Tuscany stopping at the Verna Sanctuary (Arezzo),  where he received the stigmata, and the Convento delle Celle (Cortona). During one of his meanderings, in 1211, Francis reached the Isola Maggiore on a stormy night looking for solitude during Lent. A church and convent were built here to commemorate his visit and there is a rock on which, they say, his footprint can still be seen. Not far from Castel Rigone there is another pilgrimage site consisting of a large boulder under which, followers claim, the saint spent a night.  Not far away is the Madonna dei Miracoli sanctuary, where, according to many, the Madonna made an appearance.  Considered a masterpiece of Umbrian Renaissance architecture, it seems that it was designed by Bramante, considering its striking similarity to the façade of the Mongiovino sanctuary in Panicale.  Since the apparition of the Madonna, numerous miracles have been attributed to the site and it houses what many consider the finest examples of late XV century Umbrian frescoes.  It took some two hundred years to complete and is, in art critic Vittorio Sgarbi’s words, “ one immense work of art in the form of a Greek cross. A building designed by Bramante in 1513 with frescoes covering every surface, one of Italy’s most beautiful sites.”

Perhaps because of this beauty and the sacred nature of these places, the Franciscan movement here had a large following and many converts.  One of the first of these was the missionary explorer friar Giovanni da Pian of Carpine, born in Magione in 1200, famous for a long and very dangerous journey he embarked upon in 1245 – several years before Marco Polo left for his more famous journey  – from France all the way to Mongolia to bring a message of peace from Pope Innocent IV to the Great Khan.

A few years later, in 1247, Saint Margaret was born just a few kilometres away in Laviano, Castiglione del Lago. She was a courageous woman of incomparable interior strength and considered the spiritual daughter of Saint Francis. Her life was marked by many sad episodes before she moved to Cortona, where she became a Franciscan tertiary. Her conversion was the result of a repentance, much like a “Novella Maddalena” (cit. Pope Benedict XVI), which took place under an oak tree locals call the Repentance Oak in I Giorgi, not far from Castiglione del Lago.

And when it comes to peace, Trasimeno is proud to be the homeland of Franco Rasetti, an exemplary man of great depth, a physicist, palaeontologist and botanist born in Pozzuolo Umbro (Castiglione del Lago) in 1901.  He was one of the “via Panisperna group”, a group of select physicists who worked under the guidance of Enrico Fermi, but left them to dedicate himself to nature studies when the research they were involved in began to include weapons of war.  An association bearing his name is headquartered in his hometown, complete with bronze bust.

There is another place along the lakeshore dedicated to peace, the Campo del Sole at Tuoro sul Trasimeno. The site brings a sense of spirituality to where the bloody battle of Trasimeno was fought, the tall columns a sort of modern-day Stonehenge exuding peace and encouraging contemplation.  This garden-museum at the water’s edge was erected in the 1980s and is composed of 27 columns made of local pietra serena.    The installation, curated by Pietro Cascella, includes columns by various Italian and foreign contemporary artists, among them the great Giò Pomodoro, and is intended to be a place of meditation, a place where man can enter into a dialogue with the sky above, and thus somehow with eternity. 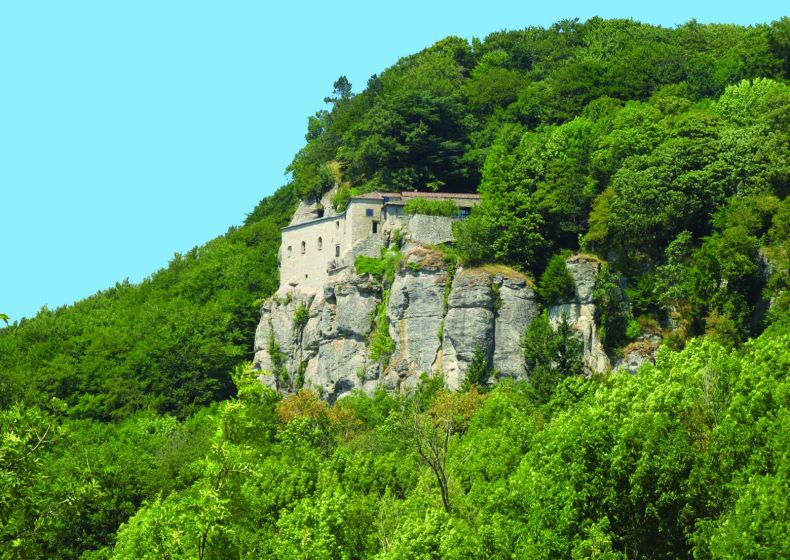 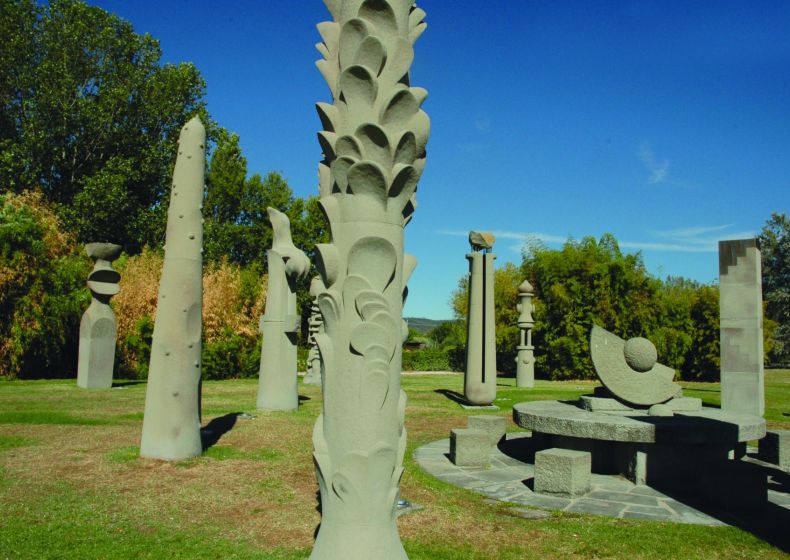 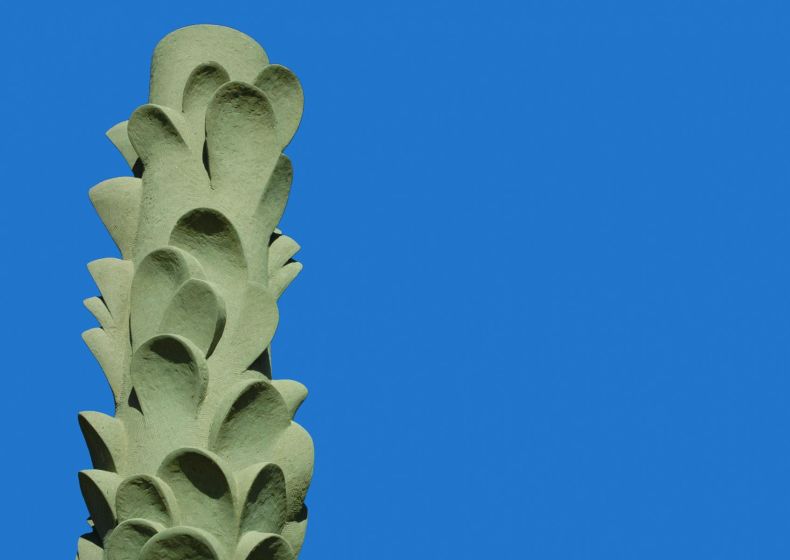 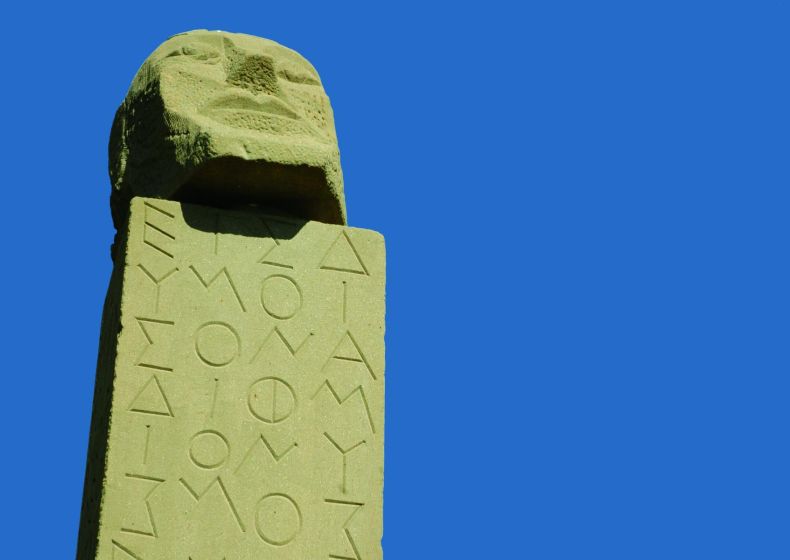 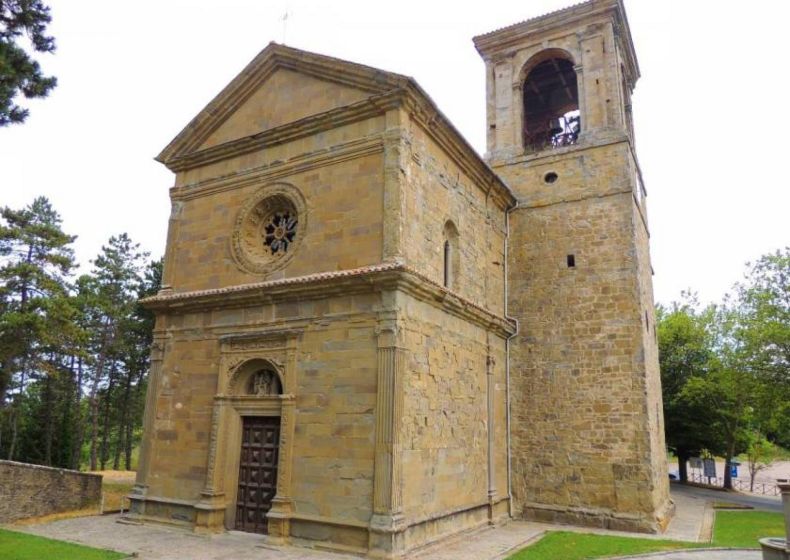 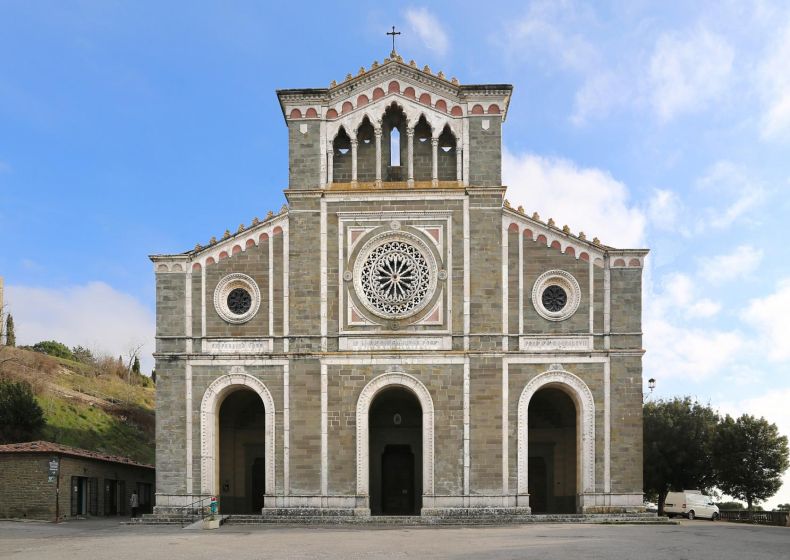 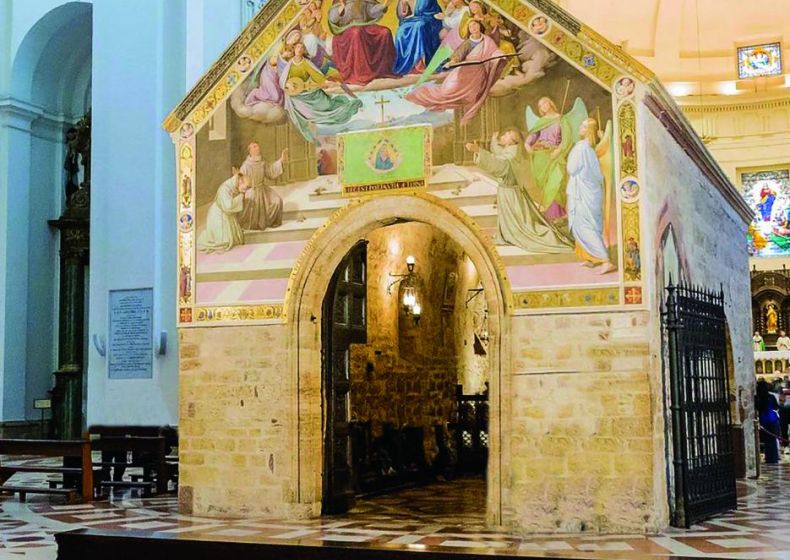