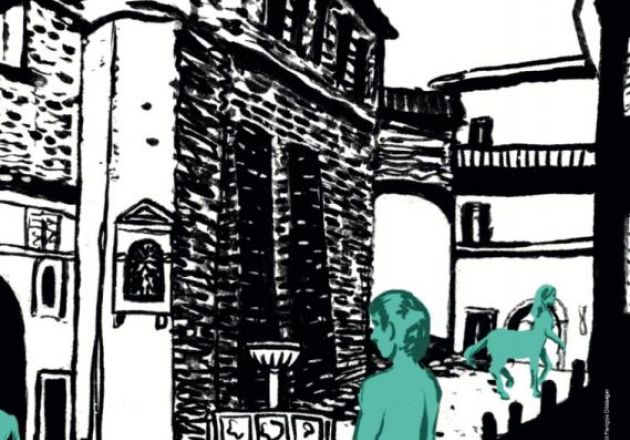 Teatro Caporali was born as the "Teatro del Sole" in 1786, built entirely of wood and financed by a dozen wealthy Panicalese families, who founded a company called the "Theatrical Academy". Considered one of the smallest theaters in the world, its refinement is given by the monochrome decorations of the medallions that embellish the wooden structure, created by the painter Alceste Ricci. The painted backdrop donated by Mariano Piervittori in 1869, depicts the delivery of the keys to the city of Perugia to the mercenary captain Boldrino Paneri, following the victory over the Bretons.